The purpose of “The Legacy of John Williams” 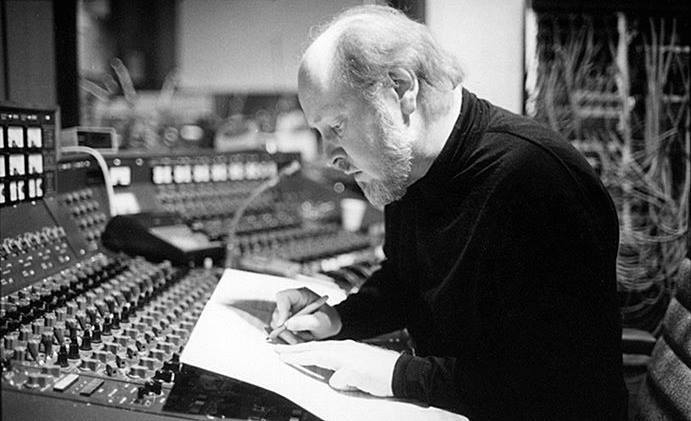 The internet is already rich with websites and pages dedicated or devoted to the music of John Williams. Many of these websites are made by fans and admirers of John Williams’ music and their principal goal is to provide information and useful resources about the Maestro’s upcoming and recent works, including news of upcoming soundtrack releases, concert appearances around the world, CD and LP reviews and a great wealth of biographical and catalogue information.

The goal of “The Legacy of John Williams” is different and the aim of this blog is building a platform to celebrate and promote the cultural and aesthetic importance that the music of John Williams had (and it’s still having) on many people around the world, especially musicians, composers, film professionals, music scholars, historians and people that, in one way or another, chose their school and career path after being influenced by John Williams and his music. The end goal is to gather written, filmed and recorded materials to build a reference archive for anyone interested in studying the music of one of the world’s leading composers.

IMPORTANT NOTE: “The Legacy of John Williams” is not affiliated or directly involved with the composer himself or his representatives. It’s an unofficial website, completely ad-free and fully non-profit. It’s not affiliated with his agency nor with any film and record companies he works with. If you want to get in touch with the Maestro’s representatives to write a letter, please refer to the Contact information.

La-La Land Records announces the release of the expanded and remastered 2-disc edition of John Williams' FAR AND AWAY. Composed for 1992 spectacular epic directed by Ron Howard starring Tom Cruise and Nicole Kidman, this stunning symphonic score features Williams' trademark tunes and orchestrations, with the help of legendary Irish group The Chieftains. The 2-CD set is produced and mastered by Mike Matessino and supervised by the composer. It will be available to order starting today at 12 (Noon) PST on www.lalalandrecords.com . COMING SOON on The Legacy of John Williams... a special podcast preview of this stunning new release, featuring also an EXCLUSIVE interview conducted by our friend and contributor Tim Burden . . #johnwilliams #farandaway #tomcruise #nicolekidman #irish #ireland #chieftains #soundtrack #filmmusic #filmcomposer #ronhoward
Lovely pic courtesy of the @bostonsymphony archives: John Williams, Steven Spielberg and @tomhanks during a pause of the recording sessions of Spielberg’s masterful Saving Private Ryan, held at Boston’s Symphony Hall in February 1998 . . . #johnwilliams #stevenspielberg #tomhanks #savingprivateryan #bostonsymphonyorchestra #bostonsymphonyhall #filmmusic #filmscore #soundtrack #filmcomposer
The International Film Music Critics Association (IFMCA) has announced the winners for the 2019 edition of the IFMCA Awards: John Williams won three awards for his brilliant score for the last episode of the Star Wars saga, ‘The Rise of Skywalker’: Best Music for Fantasy/Sci-Fi/Horror Film, Best Film Music Composition of the Year and Best Film Score of the Year. The IFMCA also chose to bestow Williams a special career achievement award for completing the 9-film saga that began in 1977. Congratulations to Maestro Williams! For the full list of winners, check the IFMCA website: http://filmmusiccritics.org/2020/02/ifmca-award-winners-2019/ . . #johnwilliams #starwars #theriseofskywalker #ifmca #awards #bestfilmmusic #filmmusic #filmcomposer #soundtrack #filmscore
It’s the final day of the #WilliamsWeek. Today is John Williams’s 88th birthday! We send our best wishes to the Maestro and tribute his incredible legacy through one final very inspiring quote and one the most profound works of his long and distinguished career. Link in bio. Happy Birthday, Maestro Williams. And thank you for sharing your artistry with the whole world. Here’s to many more years of unforgettable music! . . . #johnwilliams #williamsweek #happybirthday #birthday #filmmusic #filmcomposer #soundtrack #yoyoma #cello #inspiration #starwars
Tomorrow is John Williams's 88th Birthday. Let's keep celebrating the #WilliamsWeek with more inspiring words and music by the legendary Maestro. Today, the spotlight is on one of his most powerful and haunting dramatic scores, featuring magnificent trumpet player Tim Morrison 🎺 . . . . #johnwilliams #williamsweek #birthday #filmcomposer #filmmusic #soundtrack #trumpet #timmorrison #tomhooten #laphil #bornonthe4thofjuly #oliverstone
The #WilliamsWeek continues! On day 4 of the week-long celebration of John Williams’s 88th birthday, we zoom in on a very unique presentation of one of his lesser-known (and most profound) works for film. Link in bio. . . . . #johnwilliams #williamsweek #filmmusic #soundtrack #filmcomposer #filmscore #angelasashes #yoyoma #frankmccourt #bostonsymphonyorchestra #bostonpops